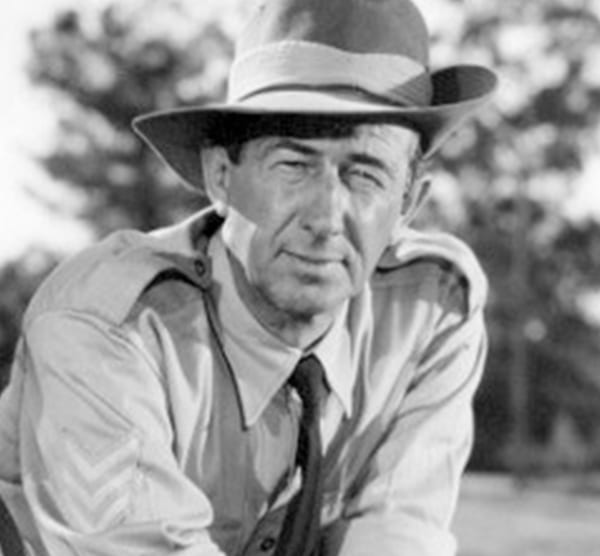 Formally known as John William Pilbean Goffage, Rafferty was born in Broken Hill, New South Wales. In 1941 Rafferty married Ellen Kathleen “Quentin” Jameson and shortly after, enlisted in the Royal Australian Air Force where he entertained his fellow troops. Passionate about film, Rafferty was given permission to record whilst he was on leave, which lead to his appearance in The Rats of Tobruk in 1944.

The following year, Rafferty was discharged from the Air Force with the rank of Flying Officer. This would allow him to pursue his passion for film. In 1960, he appeared in the film The Sundowners  Mutiny on the Bounty. Famously, Rafferty appeared alongside Elvis Presley in the film Double Trouble in 1967. Not only did Rafferty frequently feature in films, he also guest stared on a variety of Australian and American television shows, these include Gunsmoke, Daktari, The Stranger, Skippy the Bush Kangaroo, Tarzan, The Monkees, and The Wackiest Ship in the Army. Rafferty’s final role as an actor, and potentially his most prestigious, was in Wake in Fright in 1971. In this film, he portrayed an outback policeman In the 1971 New Years’ Honours.

In 1989, Rafferty was made a Member of the Order of British Empire (MBE) by Queen Elizabeth II for his services to the performing arts. In 1989, Australia Post issued a stamp that depicted Rafferty and sought to recognise his work in Australian cinema. According to The Oxford Companion to Australian Film, Rafferty was ‘Australia’s most prominent and significant actor of the 1940s–60s’. Australian singer and songwriter Richard Davies wrote a song in Rafferty’s name, for his album, There’s Never Been A Crowd Like This.