Troy Kenneth Andrews, OAM (born 1 December 1961) is an Australian wheelchair basketball player and shooter, who has represented Australia at five Paralympics from 1984 to 2000. He was born in the New South Wales city of Broken Hill. At the 1984 New York/Stoke Mandeville Games, he came fourth in the Men’s Air Pistol 2-6 – event. He was part of the Australia men’s national wheelchair basketball team at the 1988 Seoul,1992 Barcelona, 1996 Atlanta, and 2000 Sydney Games. He won a gold medal as part of the winning Australian team in 1996, for which he received a Medal of the Order of Australia. In 2000, he received an Australian Sports Medal. 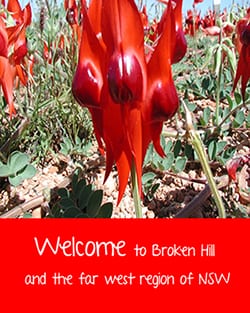 The region was first settled in the 1840’s with Broken Hill founded in 1883 following the discovery of silver and lead deposits and the consequent formation of BHP.
The far west region has historically been the mineral powerhouse of the State.